With a sketch as lovely as the one Brenda Barton made for us, how can *anyone* stop at just one card? 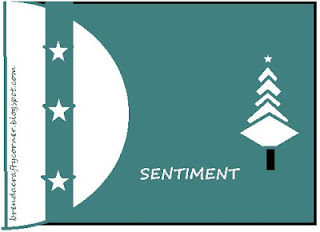 We couldn't, and we hope that you won't either! 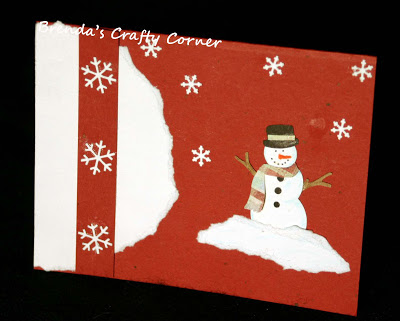 Brenda says, "For the snowman card, I used snowman for the "tall" design element in the sketch. To add some dimension, I tore the half circle on the left and included a few falling snowflakes. The snowman was easy to put together because I used a punch and simply added the face with markers and added highlights with a colored pencil. For the snow under the snowman, I added torn white cardstock." 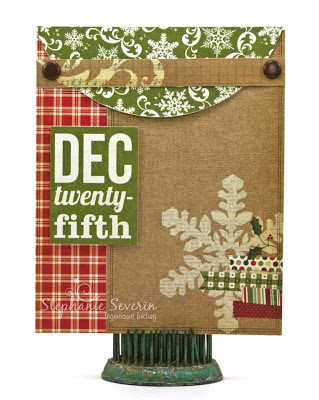 Stephanie says, "For my second card, I flipped the sketch and created a little gift card pocket by scoring a 12" piece of cardstock.  I used brads to attach a strip of designer paper (fortified with a layer of cardstock) as a band to tuck in the pocket flap (you can see an open view on my blog). Papers are all from Simple Stories Homemade Holiday." 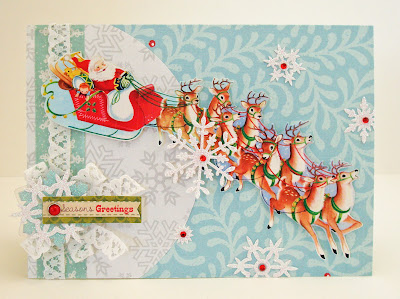 Lauren says, "My starting point this time was a reduced color copy of this beautiful illustration from one of my treasured vintage copies of "The Night Before Christmas", which I wanted to use because I remembered the image of Santa's sleigh silhouetted against a big, full, moon. Well, it turns out I must've remembered that wrong, because NONE of my copies contain such a picture, but I was committed to the idea, lol, so I just went ahead and made my own moon, and I think it came out pretty well!"

Be sure to scroll down and check out your fellow belles' lovely work, then link up with us-- or link up again-- before next Wednesday!
Posted by SmilynStef at 12:00 AM