Do you SKETCH what I SKETCH?

We're still making holiday cards based on Stephanie's awesome sketch and you're still invited to join us! Here's the sketch: 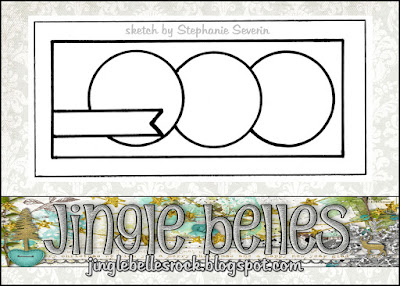 And here's how we were inspired by the sketch this week: 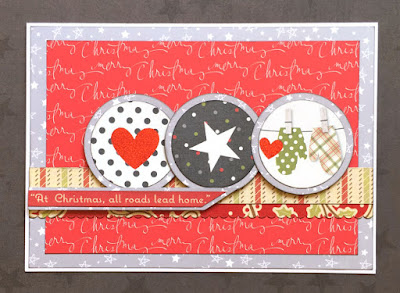 Lauren says, "This is one of the fastest cards ever, because it's not only 00% faithful to the sketch, I've also used all readymade items to complete my card. There are circle icons that I've punched and matted on slightly larger circles, border stickers as a ground for the focal point, and an ancient (but still awesome, imo) sticker sentiment. Easy peasy, and that's another flat/mailable card added to my stack for December!" 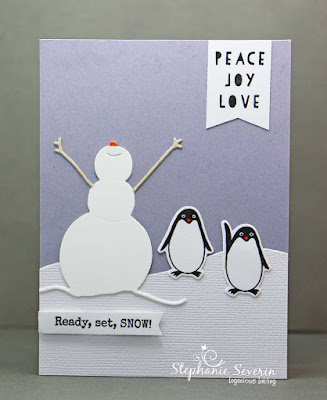 Stephanie say, "My original intention was to my favorite Penny Black Snowman Joy be the three circles in the sketch and have a vertical sentiment from the top ... but he seemed a bit lonely, so I added two penguins from Essentials by Ellen Arctic Pals to join him in the snow and a horizontal sentiment from the left ... so my card is really doing double-sketch-duty."

And now it's your turn to be inspired by this fun sketch. Scroll down to the original post for all the details and to link up your own cards!
Posted by SmilynStef at 12:00 AM

What fun cards, love them! The double duty on your card, Stephanie, is pretty cool as well. Just wanted to let you both how much I have enjoyed playing. I'm going to step out and do my own challenges for awhile to try to use up my black hole of stash, but I will definitely be back when I get tired of that, lol. Thanks again! Jingle Belles Rock! xoxo, Aimeslee

OK, Uncle! To badly quote Brokeback Mountain, "I just can't quit you Belles!!!" And let's throw in one from The Waterboy. "We live to play another day." ROFLOL! Yup, you had me at Hello, after all. Gonna try to keep playing, so never mind that first comment! xoxoxoxo