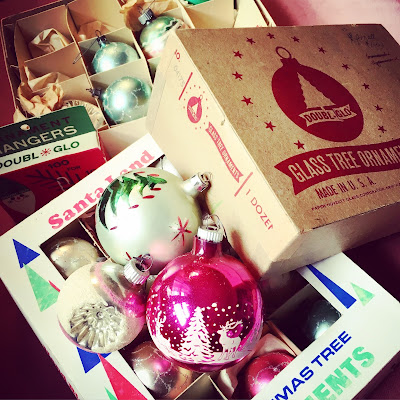 Ok, that's the single silliest thing anyone has ever said, right? Except... if you're a papercrafter who celebrates Christmas, you've likely just experienced the equivalent of the cardmaking olympics, otherwise known as "December". How did yours go? Did you sit down at the beginning of the month and spend a few leisurely hours writing notes inside a stack of gorgeous cards before mailing them off to your lovely friends and family? If so, well done, off you go to watch the Doctor Who marathon on BBC America!

If not, may we take five minutes of your New Year's Eve to say that the reason we (Stephanie and Lauren) started Jingle Belles in 2011 is that we'd both just experienced one too many of the *other* kind of December. The kind spent frantically mass-producing holiday cards, at the expense of actually experiencing the fun holiday activities said cards are meant to commemorate. Which, when you think about it, is quite a bit sillier than making ONE beautiful, individual card per week... even if the latter course does actually involve starting in January. Because for us, the success of "Taking December Back" lay in establishing the at-first-totally-weird-feeling habit of spreading the job throughout the year. And establishing that habit was infinitely easier and more fun when we did it together, in the company of all our lovely fellow cardmakers, giving and taking inspiration and --most importantly-- cheering each other on.

But do we really HAVE TO start on New Year's Day??! Well, no... but can you think of a better day in the entire year to symbolically inaugurate a brand new habit? Plus, you've likely still got all your Christmas supplies out, and you've maybe even received some cool new goodies that you didn't get to play with yet... do you really wanna wait until November to bust those out? ;)

Our first prompt of 2016 will go live at midnight, with new posts every Friday. And yes, you can jump in *any* time! So please consider yourself officially invited to come along and join us for as many or as few weeks of the year as you'd like. Meanwhile,

Hello, ♥JINGLE BELLES♥ we hope you've had a wonderful holiday and that you're even now enjoying the company of family, playing with your brand new supplies, and eating the leftover Christmas cookies! We'll be back on New Year's Day (that's FRIDAY... can you believe it?) to kick off the 2016 season, meanwhile, we're freshening up the blog with a new header and badge!

Email ThisBlogThis!Share to TwitterShare to FacebookShare to Pinterest
Labels: headers and badges

Can you believe it is December 4th already?! The 2015 ♥JINGLE BELLES♥ season certainly flew by at record speed! But that shouldn't surprise us, since it's a well-known fact that "time flies when you're having fun" and we've had an absolute blast making cards with our friends all year long! Plus we're excited to each have *48* uniquely wonderful holiday greetings ready to be addressed and sent out to the special people in our lives.

If you're done your holiday card-making we congratulate you! If you're still working, we've added one more link-up at the bottom of this post so you can share your creations and we hope our last two cards of the year will inspire you! We'll be back on January 1, 2016 for a brand new year of fun, friendship and stress-free holiday hi-jinks and we hope to see you then!


Meanwhile we wish the
♥ Happiest of Holiday Seasons ♥
to you and your family !

xoxoxo
Stephanie and Lauren
aka the
JINGLE BELLES 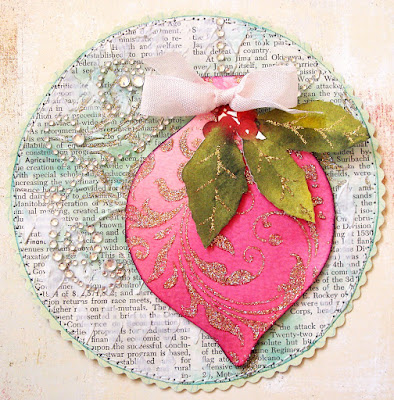 Lauren says, "My card-making process always includes getting out way too much stuff, which means there will even be leftovers when I'm making "leftovers cards", lol! Which is what happened last week, so I've used them here: a blendy Color Burst ornament topped with Viva Decor glitter embossing paste; some holly leaves cut from an old greeting card; remnants of rhinestone flourishes I trimmed down to fit on smaller cards; all atop a piece of vintage text paper adorned with experimental inky stenciling. I never expected *ALL* of these elements to get combined into one card... but I confess to liking the result!" ♥ 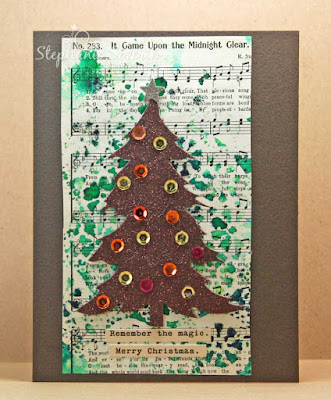 Stephanie says, "I incorporated many of my favorite things into my final card design ... stenciling some Color Burst on a vintage piece of sheet music and then decorated a glitter tree ... this has certainly been the year of the sequin, and I'm still not tired of them yet."

We've set up one last linky for you to share your December creations, we'll leave it open through Christmas Eve so you can show off your favorite makes, check out what others have created, and grab some last-minute inspiration!

Email ThisBlogThis!Share to TwitterShare to FacebookShare to Pinterest
Labels: JB:15:25

...make the best after-Thanksgiving meals AND the best holiday cards, as you guys have proven pretty conclusively this fortnight. Such a glorious gallery of luscious leftovers... here are a few we found particularly delicious! 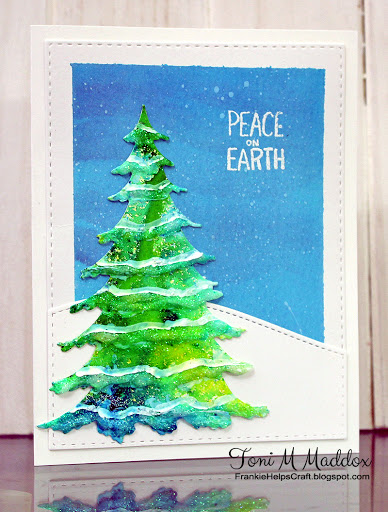 ...diecut this ♥AMAZING♥ mixed media tree using the leftovers from another project and it couldn't be more lovely, could it?!  (Bonus ingenuity points for the fact that, not having any of the watercolor pigment powders which are so popular right now, Toni used fabric dyes she already owned to get a similar effect; cleverness is the ultimate renewable resource, so there's always some of that leftover!!!) 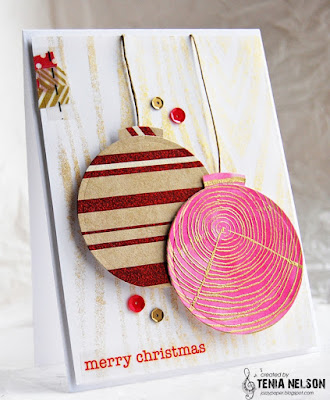 ...constructed her gorgeous baubles from scraps of patterned paper and watercolor paper, then used lots of little "bits and bobs" to dress up this utterly lovely card! 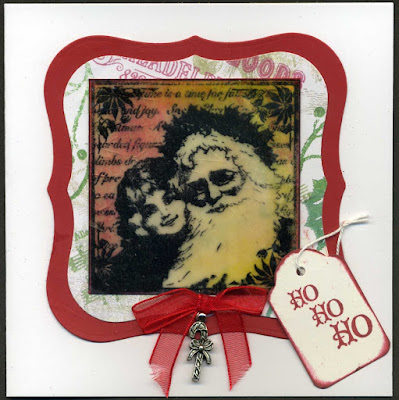 ...had been saving this incredibly beautiful triple-embossed Santa tile and we agree that she found *exactly* the right home for it!!!


Many thanks to everyone who played along with us this week and the whole rest of our ♥JINGLE BELLES♥ year, we're especially thankful to have a whole box full of holiday cards done with the entire month of December still to be enjoyed! We'll be back at midnight with one more set of holiday cards we hope will inspire you!
Posted by lauren bergold at 12:00 AM 3 comments: