We're still getting *stick*y this week with lots of stickers ... search through your stash and see how create you can be with your stickers.  Remember, you have until Wednesday, February 1st at 6pm EST to link-up.

Here's what we made this week. 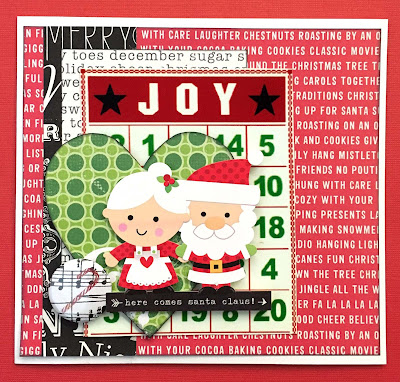 Lauren says, "I love these adorable Santa and Mrs. Claus stickers from Doodlebug Design, so I was pretty excited to make them the stars of this week's card. I combined them with (mostly older) papers from a bunch of different companies and a print-at-home Jenni Bowlin holiday bingo card, using the awesome current sketch from Sketch Saturday." 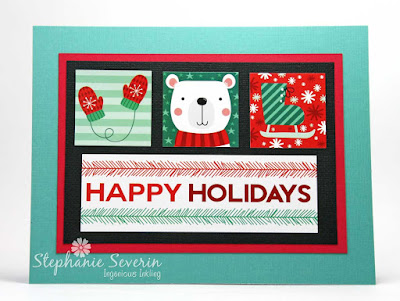 Stephanie says, "I picked-up a sheet of cardstock stickers at Hobby Lobby this week in one of my favorite holiday color combinations.  Since I already had the coordinating cardstock, I went ahead and made two more cards you can see at my blog.  I love how stickers can help cards come together so quickly (and they're all mailable without extra postage)."

Posted by lauren bergold at 12:00 AM No comments:

We're getting all STICK-y and Sweet this week ... which means we're creating cards that feature at least one STICKER ... or perhaps many more!

Stickers were my (Stephanie's) first love when I discovered card making almost 20 years ago, and I still have quite a stash today (and I'm sure you do too).  Perhaps break out your oldest stickers ... or ones you just picked-up on Christmas clearance ... just use some stickers in your design.

Here's what we created: 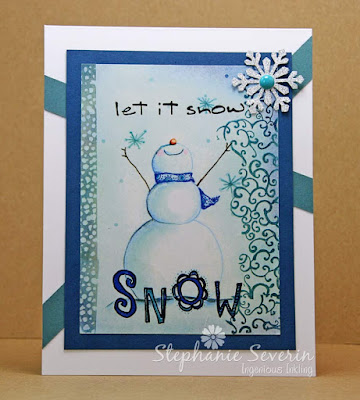 Stephanie says, "Penny Black Stickeroos are my absolutely favorite and I have a rather (ahem) large collection of them.  I decided to use the oldest sticker in the bunch ... Snowflakes Falling from 2007 with the layout from Sketch Saturday.  These stickers are so awesome, the card almost makes itself (and since it was so easy to assemble, I made three more on my blog and used the entire set of stickers)." 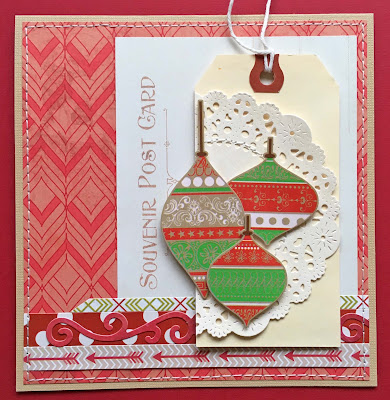 Lauren says, "I went with the "perhaps many more" strategy, lol. I've got three beautiful (ancient!) baubles from the late, great Hambly Screen Prints and four-- count 'em four-- different, layered, border stickers! Luckily I had the latest Atlantic Hearts sketch to tell me exactly where to place them!"


So after you've completed your sticker sensation, make sure you link-it-up at below before Wednesday, February 1st at 6pm EST .  Keyword for our Flickr Gallery (and others) is JB:17:02


An InLinkz Link-up
Posted by SmilynStef at 12:00 AM 5 comments:

We consider it one of the best gifts ever to have had so much eye candy in the gallery for our first prompt of 2017, "No Time Like the Presents". We can see that once again this year, you guys are not going to make it easy for us to choose! But after much deliberation, here are a few cards whose PRESENTation we especially admired: 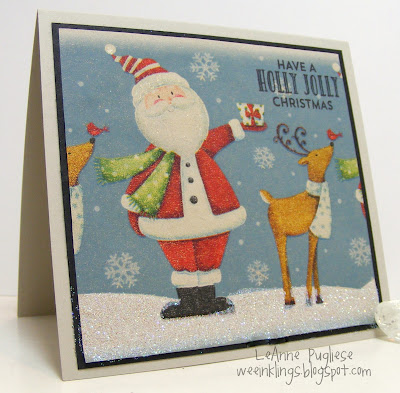 LeAnne Pugliese of Wee Inklings
...found the *PERFECT* giftwrap to use for this, she just needed to mat it, add a stamped sentiment and some glitter! LeAnne called this a "lazy" card, we call it being one smart cookie!!! :)

Sharon of Inky Splodges
...is coming back to card-making (and most impressively, too!) after a break; luckily she had this BEARY cute friend to help her out! 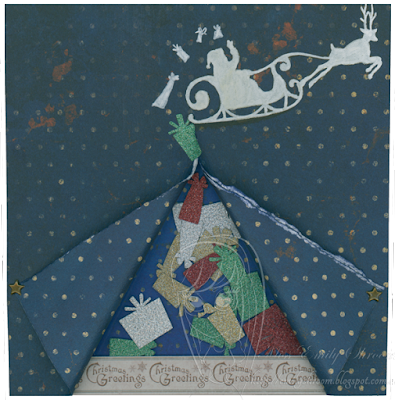 Emily Shroom of Pen and Paperie
...couldn't find quite the right image for her very clever card concept, but she managed to pull off a very clever improvisation!

If you haven't had a chance to see all them yet, we hope you'll scroll down to the first readers' gallery of 2017 and feast your eyes on all the wonderful entries! We'll be back at midnight with a brand new prompt we hope will make you want to stick with us this year! ♥
Posted by lauren bergold at 12:00 AM 3 comments:

As we mentioned last week, this first prompt of the year, "No Time Like the PRESENTS", does run slightly longer than usual: until next Wednesday, January 18th in fact!*  Which means you still have time to scroll down to the original post and link up a holiday card that has the image of gifts on it, OR which incorporates upcycled giftwrap... or both! Meanwhile, here's what we made this week: 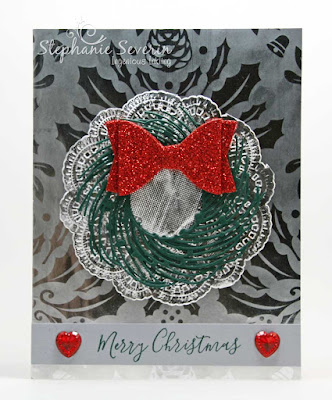 Stephanie's Other Other Card

Stephanie says, "In case you didn't know, Lauren is the best gift-wrapper on the planet, so I knew she wouldn't let me down with something to use for this prompt.  My gift was wrapped in the silver metallic wrapping paper that I used for my card base (which seemed like an awesome idea until I tried to photograph a completely metallic card).  I added a metallic silver doily, a die cut wreath and a glittery bow.  I finished with an Ellen Hutson sentiment and heart bling from Eyelet Outlet." 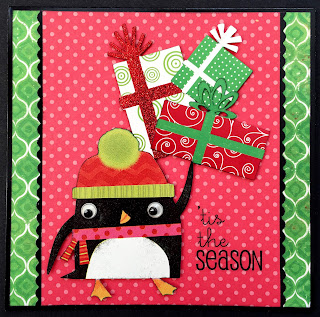 Lauren's Other Other Card

Lauren says, "I've got both elements again: the presents-- which are cardstock stickers-- are pretty obvious, but can you see the giftwrap? Let me give you a hint: it's the PENGUIN! He's from the paper that the gifts from my friend Gina came wrapped in, and seriously, before I'd even really properly looked at the gifts, I was already planning to glue the least wrinkly penguins to some plain white cardstock, lol, so I could fussycut them! I've used the sketch half of the current Fusion Challenge for my layout."

*After which we'll be back to our usual fortnightly schedule!
Posted by lauren bergold at 12:00 AM 1 comment:

We're still having fun with "No Time Like the PRESENTS" for which... you may remember... we'd like to see holiday cards that include the image of an actual present... OR that use some upcycled giftwrap in place of (or in addition to) patterned paper. Link up in the original post, directly below this one.

Here's what we made this week: 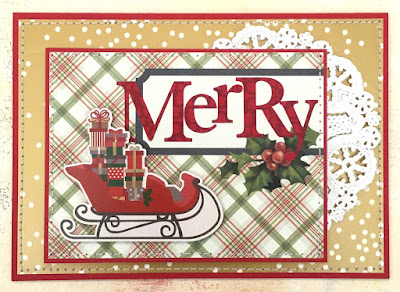 Lauren says, "Again, I've got both sides of the equation: a sleigh full of gifts, as well as a background of gold polkadotty goodness that was a leftover bit of very verrrrrrrry thin wrapping paper, so i xyroned it onto a bit of scrap cardstock. And that's about it, really; nothing fancy, but with the price of postage on lumpy bumpy oversized cards fresh in my mind, I'm trying to think more about mail-ability this year!"

(Please note that the goal of making flat, mailable cards has been Lauren's primary creative resolution for the last six consecutive years. Realistically, it will last until the beginning of February...) 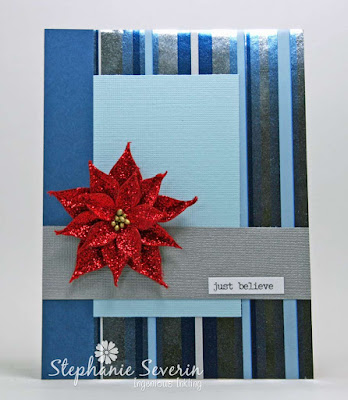 
Stephanie says, "When I buy gift wrap I look for two things ... usable for multiple occasions & pattern that will work on a card ... that's why this metallic blue striped holiday paper was the perfect purchase (I'm sure it will be returning for a few masculine birthdays in the future).  A few pieces of cardstock, a sticker sentiment and a glittery poinsettia sticker finished this week's Mojo Monday Sketch."

The eagle-eyed amongst you may have noticed that this first prompt of the year does run slightly longer than usual: Until January 18th in fact; so that's nearly three weeks, rather than the usual fortnight; after which we'll be back to our usual schedule! Luckily, this means you've got plenty of time to link up. AND... we'll be back to remind you one more time next Friday! Meanwhile, be sure to scroll down and check out the reader's gallery, before you link up your own holiday masterpiece!
Posted by SmilynStef at 12:00 AM 4 comments:

Email ThisBlogThis!Share to TwitterShare to FacebookShare to Pinterest
Labels: JB:17:01 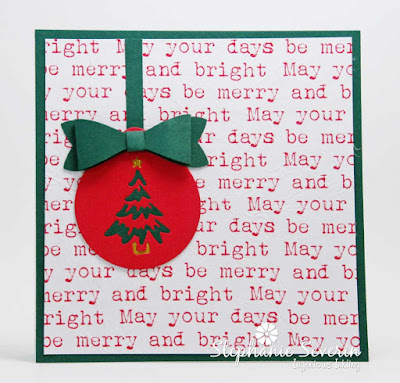 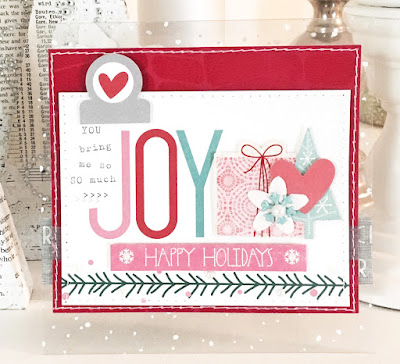