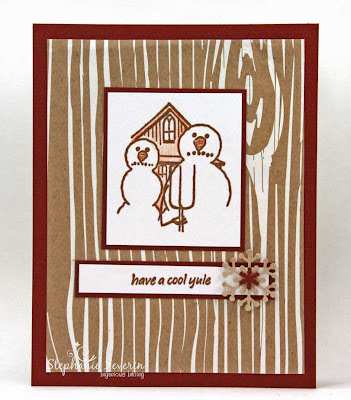 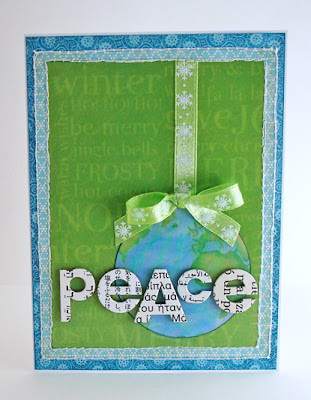 
so now it's time to see what ♥YOU♥ will do, in the interests of PEACE ON EARTH(DAY)! sort through your holiday supplies, your treasured scraps, and maybe even your waste paper basket??! then come along and link up with us between now and 6pm (EST) on wednesday, may 2nd. keyword for galleries and the flickr group is JB12-09.
Posted by SmilynStef at 12:01 AM

Great cards! I'm always saving wrapping paper, too. Love the woodgrain on Stepahnie's card and the minimalist (!) design of Lauren's card.
I'll take a dive in my recycle box AND visit the recommended webpages for more inspiration. It's a good thing we've got 2 weeks LOL.

I loved this challenge lat year, and I already have an idea for this year's card. Thanks!!!!

What a fun challenge! Your clever card designs are giving me some ideas. I'll dive into the recycling bin and sort through last year's xmas cards!

Great cards!! I have so many leftovers, I should be able to make a few for this! :)

awesome cards! i had fun rummaging through old christmas cards - thanks! and i'm glad i'm not the only one to save kleenex boxes. :)
linda

Oh, I loved this challenge!! About a week before you posted it, I had purchased several vintage cards that I planned on using for my Jingle Belles cards...the timing was perfect!!!

I enjoyed this challenge so much coming on the back of Danielle's (comment above mine!) blog hop for Earth Day and some other green crafting I got done in the week. Thanks so much for a great challenge and some beautiful inspiration cards!

I was late as usual with my card, I uploaded mine this afternoon and found out that I still had 7 hours. So I made a second one.
Eveline.

I love this challenge and I love your cards. You guys are so inspirational!

Although I was too late to add my cards to the link this time I still managed to complete my usual quota of six cards for the challenge which as always is very inspiring. Thanks for a great challenge each fortnight girls.