We Three Kings - this week we're creating in multiples of THREE.

That means create a card with THREE of one element … three circles, three reindeer, three packages under the tree … you get the picture.

Here are our triple-play creations: 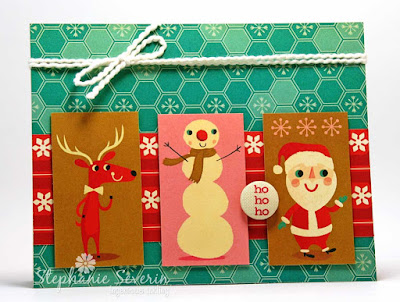 Stephanie says, "I designed my card around THREE rectangles cut from designer paper ... each containing a holiday icon.  For some bonus points, I also included a brad with a THREE word sentiment and three snowflakes above my Santa." 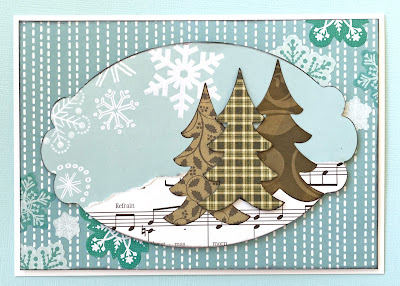 Lauren says, "I chose to build my card around three tiny trees, diecut from three tiny scraps of patterned paper. Once I had them ready to inhabit a card, Week #422 at Sketch Saturday helped me determine their placement and accoutrements."


Link your "We Three Kings" cards here by 6pm (EST) on Wednesday, August 10th. Keyword for galleries and Flickr is JB:16:16.

Ladies, both are lovely cards. You give great inspiration to us all.
Sue

fabulous card and another fun challenge!

Thank you for the challenge.