Joy to the EARTH

We're still celebrating cards made with re-cycled, re-purposed or up-cycled elements and there's still plenty of time for you to join the fun! Scroll down to the original post for full details and to link up your eco-friendly holiday cards! ♥ 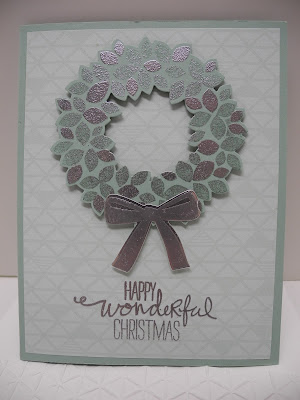 Kathe says, "I saved the outer wrapper from my Stampin' Up! 2015 Occasions catalog, even though it didn't really match anything, because it had this cool design inside, and you know, free designer paper! After the catalog expired, the 2016-2017 In Colors were announced, and this paper is a perfect match for Mint Macaron - so glad I saved that wrapper!" 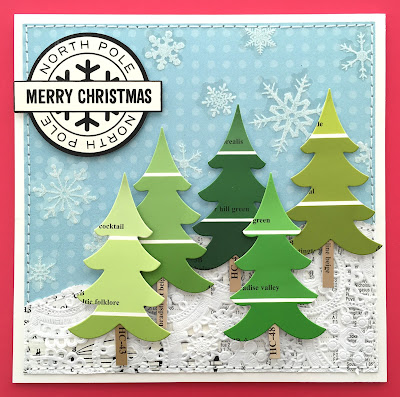 Lauren says, "It just so happened that the day after we started this prompt, I was given a rather large collection of assorted paint chips! So of course it seemed like the perfect thing to diecut a little forest of trees to adorn my card. I didn't want to bring in too many other elements, so I made a hilly foreground (vintage paper scraps covered in part of a doily) and a snowy sky (a scrap of ancient SEI paper and half a packet of dollar-store snowflakes) popped on a diecut sentiment and called it day!" 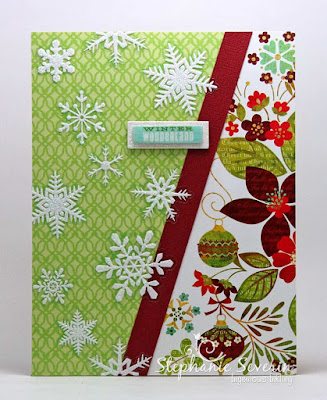 Stephanie says, "This week I up-cycled several pieces of packaging that were almost as pretty as the embellishments they contained (see my blog for the before picture).  I also up-cycled a 3-D sticker that was attached crookedly by dis-assembling it and using foam tape to put it back together.  The finishing touch was using-up a vintage package of snowflake stickers."
Posted by SmilynStef at 12:00 AM

Fabulous cards ladies....working on my second one today.

Fantastic and creative, Ladies! Lauren, you always make my jaw drop open with your creativity (Doily for snow over vintage scraps...genius...and paint chip forest!) Love love love. And Stef, brilliant to use foam tape on the sticker (great tip!), fantastic use of that beautiful poinsettia paper, and joy over using up your snowflake stickers. Fantastic!