Santa Claus (and friends) are Coming to Town

Here's what we created. 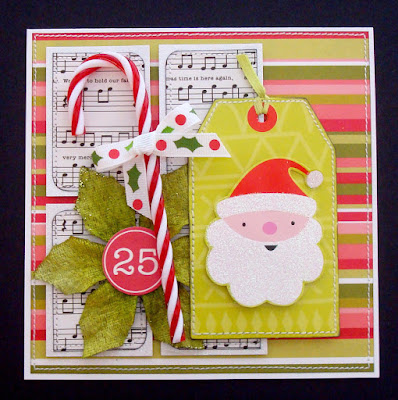 Lauren says, "A few weeks ago I posted a card that made use of a super-cute Santa gift tag I got at a discount store last December; as it happens, they had a variety of fun tags, so I may have stocked up a bit, lol. This Santa is another of those, actually he's two more of those; the nice thing about having multiples is that you could... say... fussy cut Santa's cute glittery face out of one tag and pop it up on top of another tag to give the whole thing dimension. So I did! I used the current (#405) Sketch Saturday layout, which is pretty fab, isn't it?" 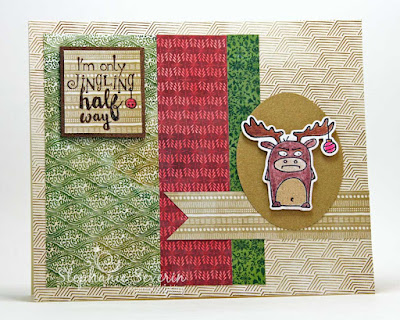 Stephanie says, "When I started out with this Holiday Grumpling, I initially thought he was a reindeer (that's what I get for not wearing my reading glasses) ... then when I put on my glasses & started coloring those antlers, I realized he was a Moose.  Oh well, I'm pretty sure there's at least one grumpy Moose at the North Pole, so I decided to stick with him ... especially since he is decorated (at least half-way) for the holiday.  Layout is this week's Sketch from The Paper Players."

Scroll down to the original Santa Baby post for complete details and to link up your gorgeous creations!
Posted by SmilynStef at 12:00 AM